<![CDATA[<img decoding="async" loading="lazy" class="alignleft wp-image-1583 size-medium" src="http://gavingoszka.com/wp-content/uploads/2017/08/MOA_Winter_WalkwaysE-169x300.jpg" alt="Mall of America - Overview" width="169" height="300" srcset="https://gavingoszka.com/wp-content/uploads/2017/08/MOA_Winter_WalkwaysE-169x300.jpg 169w, https://gavingoszka.com/wp-content/uploads/2017/08/MOA_Winter_WalkwaysE.jpg 338w" sizes="(max-width: 169px) 100vw, 169px" />It’s not very often that I would find myself inclined to want to celebrate the birthday of a place. There are plenty of anniversaries, centennials, and other landmark dates being celebrated throughout the country at any given time, so what makes the Mall of America’s 25th birthday so special? Perhaps it’s the fact that what may arguably be considered the pièce de résistance of traditional retailing has managed not only to survive, but actually thrive in an era when shopping malls are widely being categorized as largely passé and the so-called “retail apocalypse” appears to have descended upon us without mercy, culling both the young and the old at will and leaving nothing but battered shopping carts and empty cash registers in its wake. Mall of America first opened its doors to the public on August 11, 1992, encompassing nearly 5 million square feet of real estate with roughly half of that available as retail space for its tenants. Over 500 stores can be found gracing its multilevel walkways, with the Nickelodeon Universe theme park serving as a grand centerpiece. The Ghermezian brothers, who also helmed Canada’s equally ambitious West Edmonton Mall, enlisted the help of internationally-esteemed architectural firm The Jerde Partnership to design what would become the largest indoor shopping mall in the United States, employing over 11,000 year-round workers and a specially-trained security staff. Since its initial construction, the Mall has undergone a comprehensive rebranding in addition to two expansions (South, completed in 2013 and North, completed last year). Further expansion is already in the works and is slated to include an additional luxury hotel, parking ramp, and possible entertainment complex. 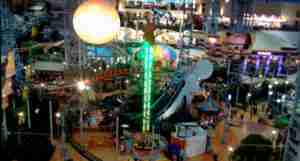 In today’s ever-shrinking brick and mortar landscape, it’s hard to dismiss the Mall’s success and longevity as simply a fluke. Clearly they have to be doing something right. With stories of retailer bankruptcies and mall closures making the headlines with increasing regularity (one major Wall Street firm expects that the U.S. will see up to 25% of its existing malls close by the year 2022), it would certainly seem reasonable to speculate that Mall of America might simply be living on borrowed time, unable to fully escape the consumer-driven forces that have forced longstanding, venerable retail giants like Sears, J.C. Penney, and Macy’s to downsize, restructure, or face the possibility of following many of their contemporaries down the path toward retail oblivion. Anchor stores such as these are considered to be absolutely integral to a mall’s well-being, and the evidence certainly indicates that losing one or more anchors tends to initiate a downward spiral that commonly results in the complete demise of the mall. 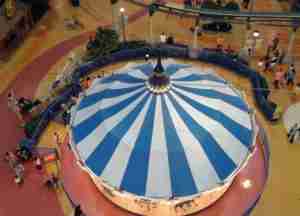 So how is it that Mall of America can continuing to expand in an economic climate that would seem to suggest far more cautionary behavior? I believe it’s a great example of Aristotle’s old adage: “the whole is greater than the sum of its parts.” It’s not just a super-sized shopping complex, an assortment of specialized or boutiquey stores, a place to take and entertain the kids for an afternoon, a collection of diverse places to dine, or any number of other things. It’s all of these things, wrapped up together in a singularly unique, unified experience. It’s a place where a wealth of memories – not just sales – can be made. It’s effectively a flagship for retail-tainment (blending retail with entertainment), and if current trends are any indication, it represents the future of malls in general – at least those that wish to survive. Like it or not, many consumers have come to value convenience and price as being the primary factors driving their purchases. Shopping online, where selection is practically infinite, prices can be compared with the click of a mouse button, and there are no lines to wait in, no parking spaces to fight over, can be undeniably attractive. Today’s shoppers have generally come to expect – even demand – more than just the promise of a sale to motivate them to leave the comforts of their respective homes and travel out to the local mall to satisfy their purchasing needs. Rather than fighting against this trend, Mall of America has adopted a forward-thinking approach, giving its patrons multiple reasons to visit, stay, and visit again. 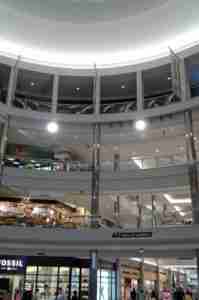 Of course there are the stores, which cover the spectrum (and then some) in terms of budgets and product offerings. From dedicated candy shops offering hard-to-find treats from across the county to the latest in fashion for all genders, it’s hard to imagine a guest not being to find something to catch their fancy. A wealth of uniquely inspiring restaurants and food stands distributed throughout the halls ensure that whenever hunger strikes, the means to sate it may not be more than a short walk away. Nickelodeon’s amusement park, along with the other entertainment attractions and venues scattered throughout the Mall, are priced per ride or visit, allowing mall-goers to experience these attractions on their own terms and to the degree that time and finances will allow. Free, covered, multilevel parking garages provide reasonably close, weather-protected access via elevators and enclosed walkways. An on-site dedicated police unit, coupled with industry-leading security practices and technology help to ensure a safe environment. These are just a few examples of the ways in which the Mall strives to anticipate and meet the needs of its guests. If you’re looking to wander through an aquarium, catch a comedy show, test your skills and stamina with an Escape game, or play a few rounds of miniature golf, they’ve got all that, too. 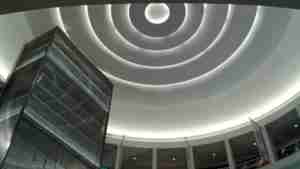 Mall of America prides itself on being a destination, not just a place you drive up to and then leave again because you happened to need a roll of scotch tape or package of dress socks. One can certainly interact with it in that way if so desired, but that’s not where I believe it truly shines. Offerings like an ever-changing roster of special events, celebrity guests and concerts, and contests all help to create a consistently fun, dynamic atmosphere that encourages visitors to come back to see what’s waiting right around the corner. I believe those are the kinds of experience that people might be willing to come out for – the kind that you simply can’t get – let alone share with friends and family – by clicking around on a web page. Happy Birthday, Mall of America. Here’s hoping the next 25 years continue to bring success, innovation, and lots of great memories!

2 thoughts on “Mall of America: 25 Years and Growing”